The Kosh deanery, being the fourth and last deanery in the 2017 Annual Deanery Harvest Day Celebration, wrapped up the Harvest Days on the 26th of November, 2017,being the Solemnity of Our Lord Jesus Christ King of the Universe. The Deanery is under the care of Rev. Fr Maurice Kalino DP. The Bishop was the chief celebrant at the Harvest Mass and he was flanked by the priests and deacon of the Deanery. The mass was held in the Auditorium Hall, Klerksdorp. The towns and locations under the deanery are Alabama, Hartbeesfontein, Jouberton, Kanana, Khuma, Klerksdorp, Orkney, Ottosdal, Orkney, Stillfontein and Vaal Reefs. The parishes under the deanery were fully represented and they contributed immensely towards the progress of the diocese. The people present were called on to pray for the repose of the souls of Mme Chabedi, the mother of Deacon Aubrey Chabedi and Fr. Abie Mosa Tlhapi DP who died on the 17th and 22nd November respectively. There was a healing session during the Mass when all those present were anointed by the Bishop and the priests present. The mass ended with a vote of thanks by the Bishop. 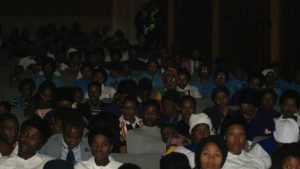 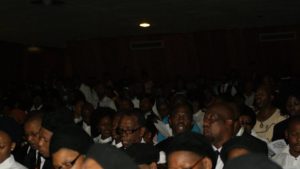 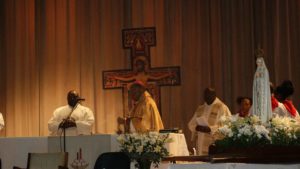 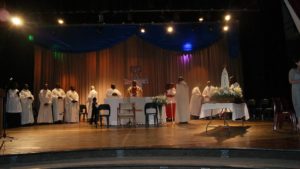 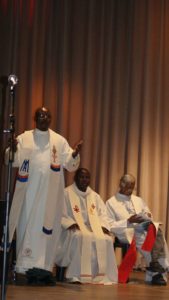